Welcome to the Master Class for Vertigo and Tinnitus

Click play on the video below and take notes as you learn.

You can read the entire transcript and listen the slowed-down audio here.

ROCK STEADY participants see an average improvement of 77.3% to their physical, functional and emotional health

Neuroplasticity is your body’s ability to change itself and nobody else can do this type of healing for you.  Healing is possible, but you will need to learn how to implement it for yourself.  The good news is that you can choose to do it.  This Master Class encourages you to choose what is best for you.  You are the expert in being you.  Get the support that you need to further your healing.

If you wish, choose the holistic approach to healing your symptoms.

Listen to your peers on GROUP CALL recordings share their recovery too.

You don’t have to feel alone anymore. Get started today.

Elisa had experienced persistent dizziness with anxiety for 12 years.  She had full medical investigation without a clear diagnosis.  She had a perceived disability score of 36% that reduced to 6% by Module 3 of Rock Steady.  She now has a score of 0% and has graduated from Beautiful Balance.  She shares her perspective of the recovery journey.  Elisa says: “I shifted more ‘shi#’ in this 4 months than I did in 10 years of therapy” 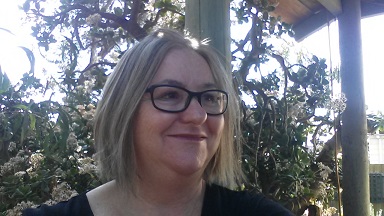 Ruth shares her story (listen here) on starting the ROCK STEADY program to help her ease her symptoms (foggy, heavy head, tinnitus, dizziness, fear of Meniere’s attacks, avoidance of social events…etc).  Her Symptom score has since reduced from 84% disability to only 6%.  Ruth reports feeling more ‘free’ in her mind and stronger in her body with a daily practice of 15-minutes.

The Success Rates of ROCK STEADY: Our Research Data

We currently have 6,136* people Seeking Balance and searching for support via online resources.

The data shows that symptom progress scores are significantly improving for participants completing the six modules of ROCK STEADY.  We collect data from clients who consent to being involved in research.  We collected descriptive statistics from 489 participants around the world.

We had 218 participants submit a progress questionnaire during any of the six Modules in ROCK STEADY. 98% of these ROCK STEADY users would recommend the program to those suffering with vertigo or tinnitus.

To investigate the benefits of ROCK STEADY we tracked a preliminary 21 ROCK STEADY participants who completed both pre- and post- ROCK STEADY Questionnaires. These clients were randomly selected based on the requirement that they complete both a questionnaire before Module 1 and after Module 6. Results found statistically significant improvements in all areas of life (see graphs below).

Participants who have completed module six show an average overall improvement of 77.3% since using the ROCK STEADY tools. 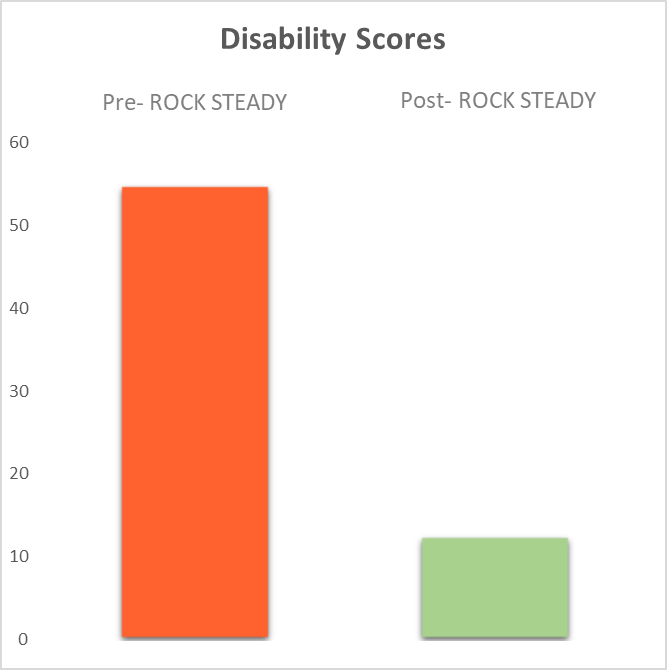 The average symptom score for people prior to commencing ROCK STEADY was 54.9 with a median score of 62. This means that on average participants reported disability relating to symptoms 54.9% of the time in functional, emotional or positional situations.

The average perceived disability score for participants who completed ROCK STEADY reduced to only 12.5 with a median score of 12.

This means that after completing ROCK STEADY they were no longer perceiving symptoms 87.5% of the time. They have had a statistically significant reduction in their perception of symptoms (Z=-4.01, p<0.0001) using a Wilcoxon Signed-Ranks test.

This is your sanctuary for healing chronic symptoms.

Get started with these FREE Resources:

Wishing you a full recovery.